Surviving loneliness in a relationship

There comes a time in any relationship where you start to feel like things just aren’t progressing as they should be. It’s natural. When you think about typical partnerships, you have two people who are growing and evolving at different speeds and in a variety of ways, who both share experiences but have individual experiences that impact them in different ways, and who both care about each other but also care about themselves. You have two people who might have a magnitude of common traits and qualities, and a handful of differences. And it is the expectation, with all of these differences and growth, that they stay together, forever.

Personally, forever is overrated and only really happens in films now. Unfortunately, I come from the era of divorce, when couples got married and divorced like it was a fashion statement. I do not remember a single partnership in my childhood that wasn’t plagued or impacted by it. The world around us is changing yet we hold onto these archaic ideals about relationships, expecting square pegs to fit into round holes without losing some of both pegs.

I am, by nature, an introvert. But I am also quite a social creature, whose soul needs nourishing from the nectar that is life experience. I require movement, because stillness means death. If I stood still long enough, I spiral out of control, as I have experienced during the pandemic lockdown. The sheer lack of new experiences that feed the soul, coupled with a relationship that lacks internal stimulation, means that my existence felt like a prison. This elimination of soul food and mental nourishment meant I was facing certain death: death of spirit. And enter, darkness. It all sounds very dramatic, but I can assure you it isn’t. Many women feel lonely in a relationship, and there is a plethora of reasons as to why, but every situation is unique, and one must look internally to figure it all out.

To figure out why this has become such an issue, let’s look back in time. In decades prior, women got married, had children, became housekeepers and the men brought in the bread and bacon. There were clear gender roles. Women kept the inside of the house clean and tidy and made sure that the family was fed and kids went to school. Men made sure that the lawn was trimmed, fixed the leaky faucets, and worked away in the city. It’s common knowledge that many suburban family units had fathers who stayed in a city apartment on weekdays, and returned home on the weekends.

In today’s world, it’s very different. Both parties work and both contribute to the whole, as opposed to women having to rely on their husbands to pay for the house, shopping, new clothes, everything. Women back then just had to deal with that feeling of loneliness, with their husbands being away all week, however they had a support system of other mothers and wives in the same or similar situations. They were all stuck in their respective situations, but they were able to support each other.

Today’s world doesn’t offer that level of “lonely partner” support, which is both a good and bad thing. We’re all very busy, successful and independent, but we strive for this iconic relationship; and god forbid one woman in a group tell the truth of how miserable she is… Because we spend our lives sculpting this perfect life for everyone else to see, that no one really knows the truth behind the veil anymore.

There is a massive stigma around women communicating this feeling of “alone” in a relationship. The patriarchal mentality society is brainwashed with labels this as hormonal, irrational and needy. The first is my personal favourite, having been told by many a male friend, ex and work colleague that I am “hormonal” when I’m clearly communicating and articulating a need. And as we are on need, apparently expressing loneliness in a relationship with a person who is only giving you 5% is being needy, not communicating a problem.

As a society, we have to normalise speaking about feeling lonely in a relationship, because many relationships that currently exist are just that: lonely. We’re all absorbed in work and goals, hiding the truth behind our online personas. One sign of weakness or emotion can bring on a barrage of negative messages that can push someone over the edge. Speaking about how we really feel, not just what’s going on on social media, is not just a healthy practice but a necessary one. We have to break down these walls of perfection that we have built around our chaos.

Communication is the solution

Communication is one of the most important facets in a relationship. If you cannot communicate your feelings, needs, concerns and wants to your partner, then it’s likely that it’s not a healthy relationship from an emotional viewpoint. People are in relationships for a variety of reasons, but if you’re in a romantic partnership that feels unromantic, you should feel safe or comfortable enough to address your concerns and thoughts with your significant other. Sometimes they might just be wrapped up with stresses of their own that they don’t want to burden you with. Sometimes, they might have hit a wall, just like you. But until you communicate, you can’t move forward, because that’s the only way you will have some form of context to the situation. But what happens when one party doesn’t want to communicate? You would have arrived at a stalemate…

When in doubt, get out!

I don’t mean get out of the relationship per say; just out of your own head. While humans are blessed with this incredible ability to think, we are also incredibly susceptible to hyper focusing on a singular thought that can literally drive us mad. When you can’t see a way out, or you’re feeling lonely in your relationship, the best thing to do is clear your head and spend some time with other people. Most of the times when we’re feeling lonely or victimised in a relationship, it’s not always about the relationship, but our incredible ability to overthink. On the other hand, loneliness in a relationship is a real problem, and it’s something that I’ve had far too much experience with, so I know that it’s not just this thing in your head, that it’s a real problem that needs a real solution, and fast. But what has worked sometimes is getting out of the house with a group of friends and doing something different. Get out and feel that rush of excitement for life that you had before your relationship. Think about all the things you used to do and get to doing them! There are so many things you can do to get out of your own head and focus on you.

Focusing on yourself when you’re feeling lonely in a relationship is the best way to eliminate that feeling altogether. It sounds selfish but looking after yourself when you feel like all you do is look after someone else, is key to ensuring that you live a fulfilled life. Do you, and be happy within yourself. It’s easier said than done, and does require some training but amazing things happen when you ignore the frustration and replace it with fulfilment. 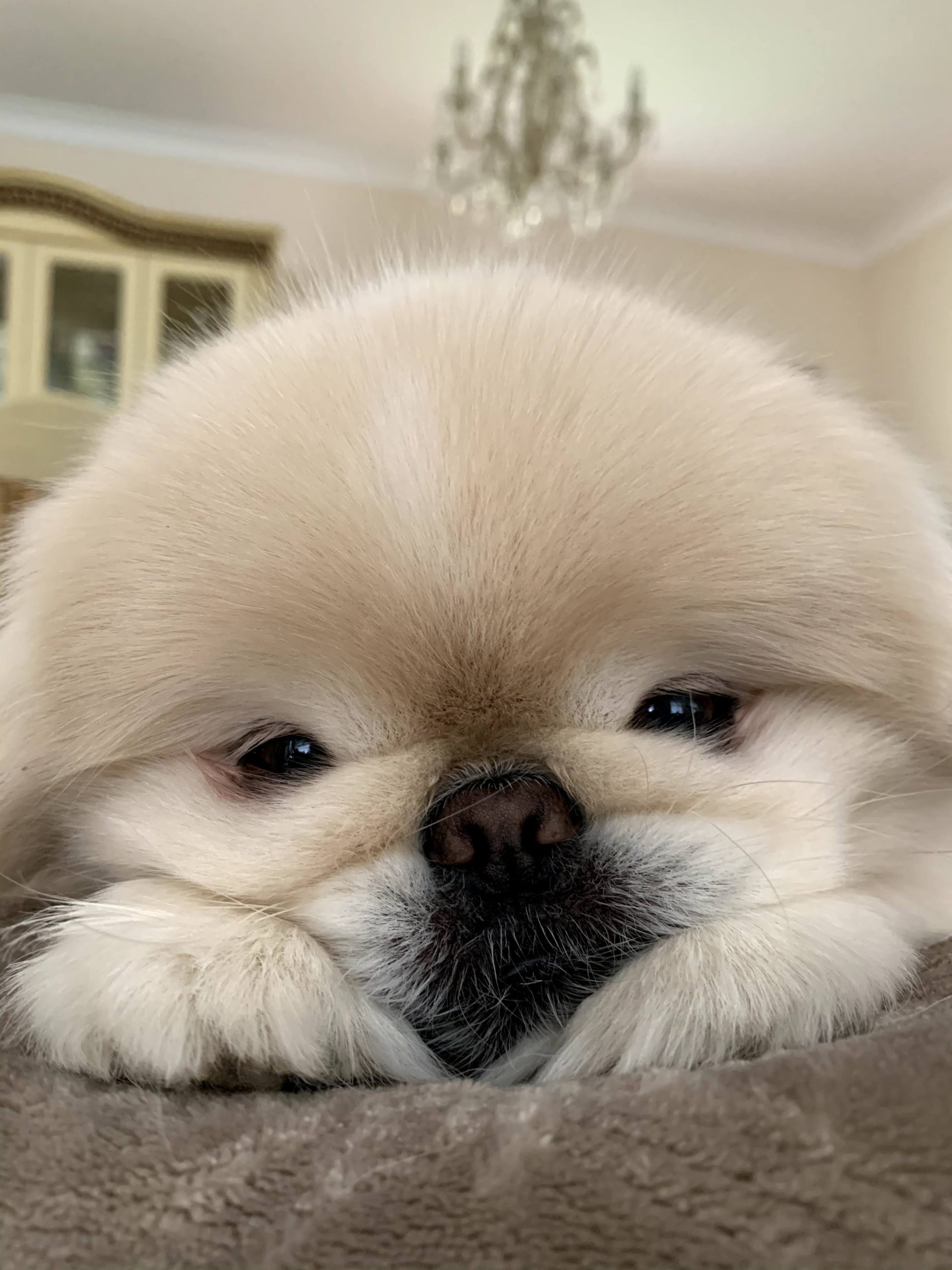 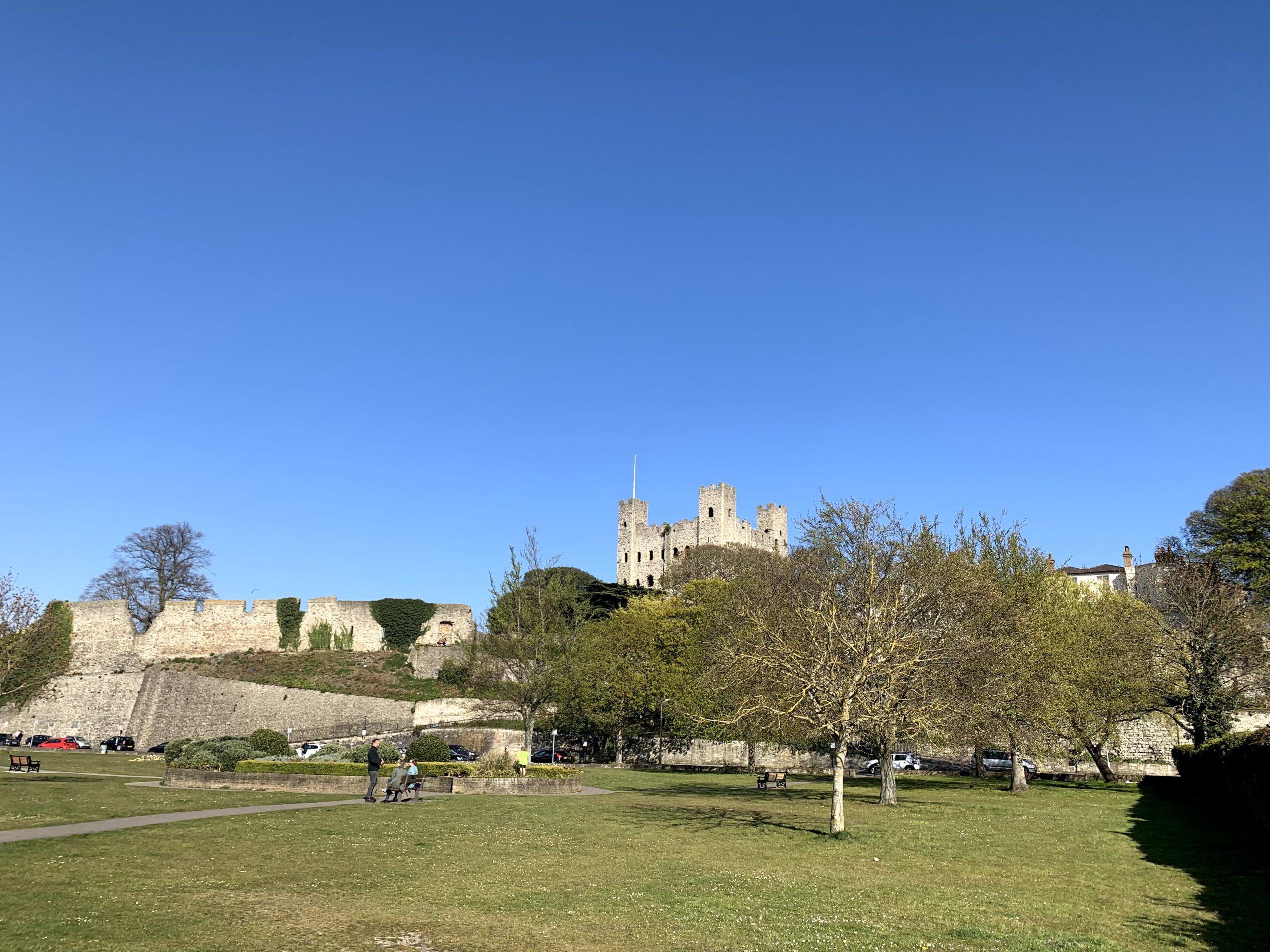 Saving myself… from my past 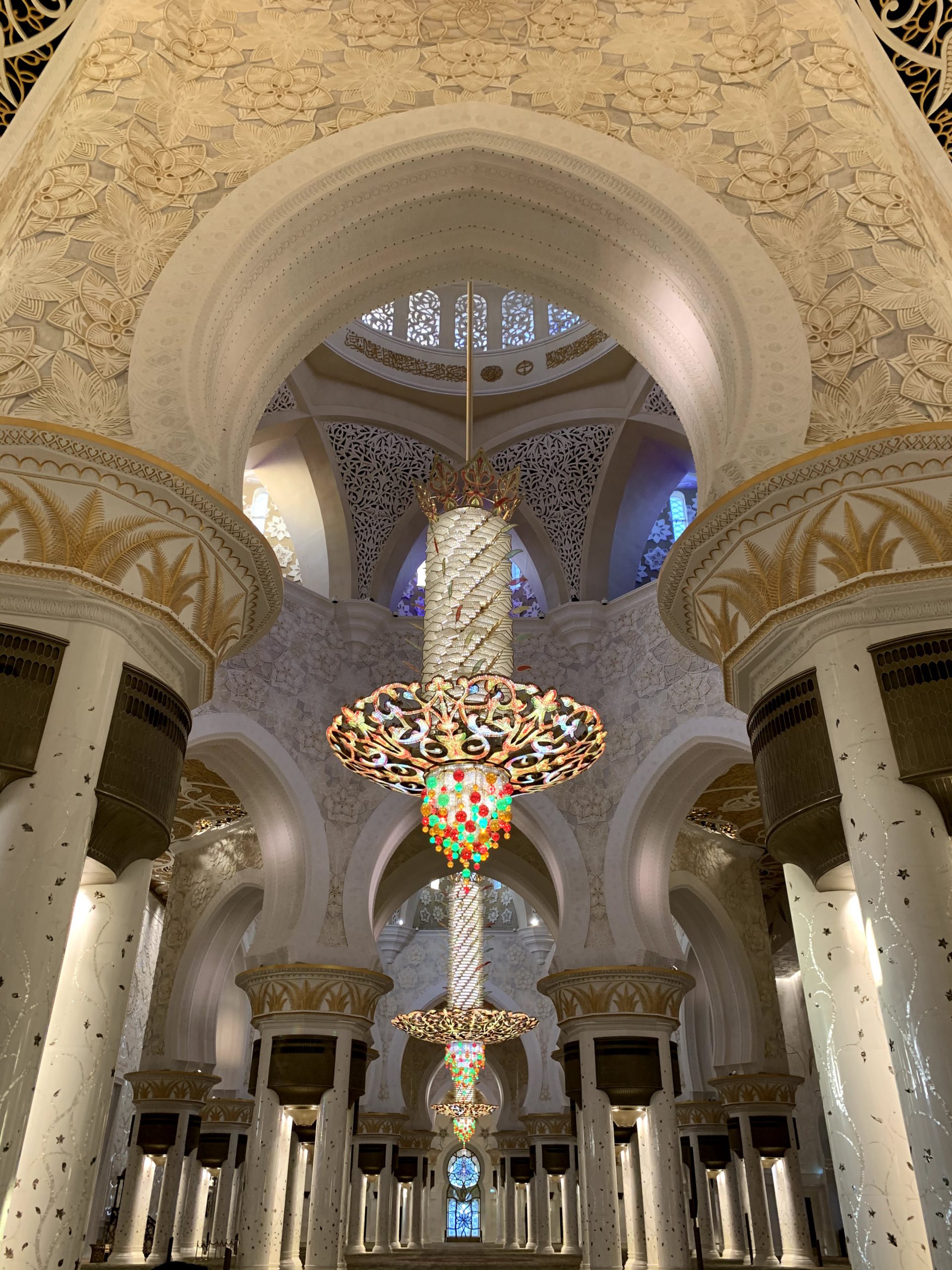 Perfectionism is the secret to unlocking genius 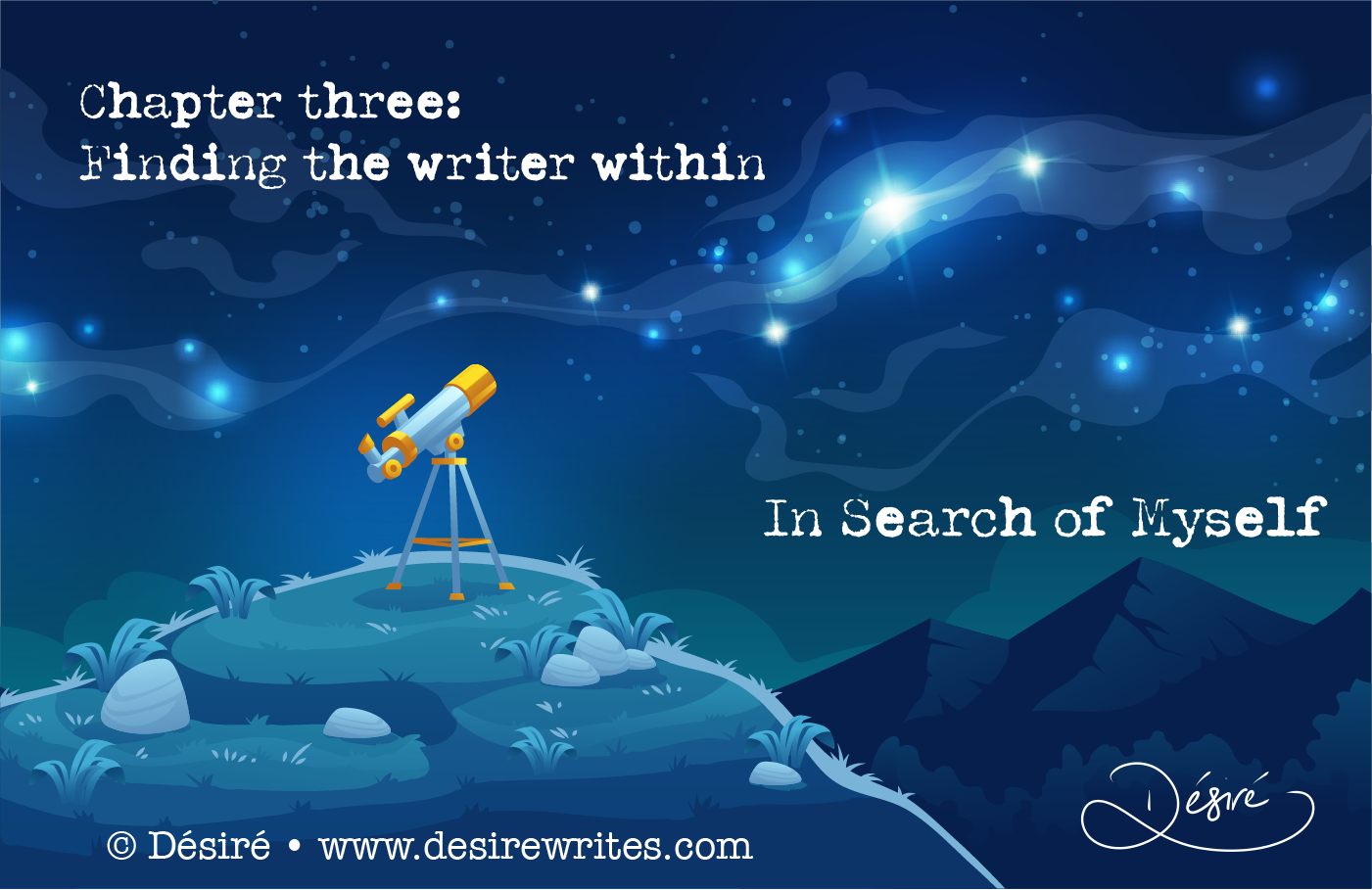 Chapter three: finding the writer within